Skip to Main Content
It looks like you're using Internet Explorer 11 or older. This website works best with modern browsers such as the latest versions of Chrome, Firefox, Safari, and Edge. If you continue with this browser, you may see unexpected results.

A guide to resources and events related to the memoir Saving Alex and the NVCC One Book One College program. 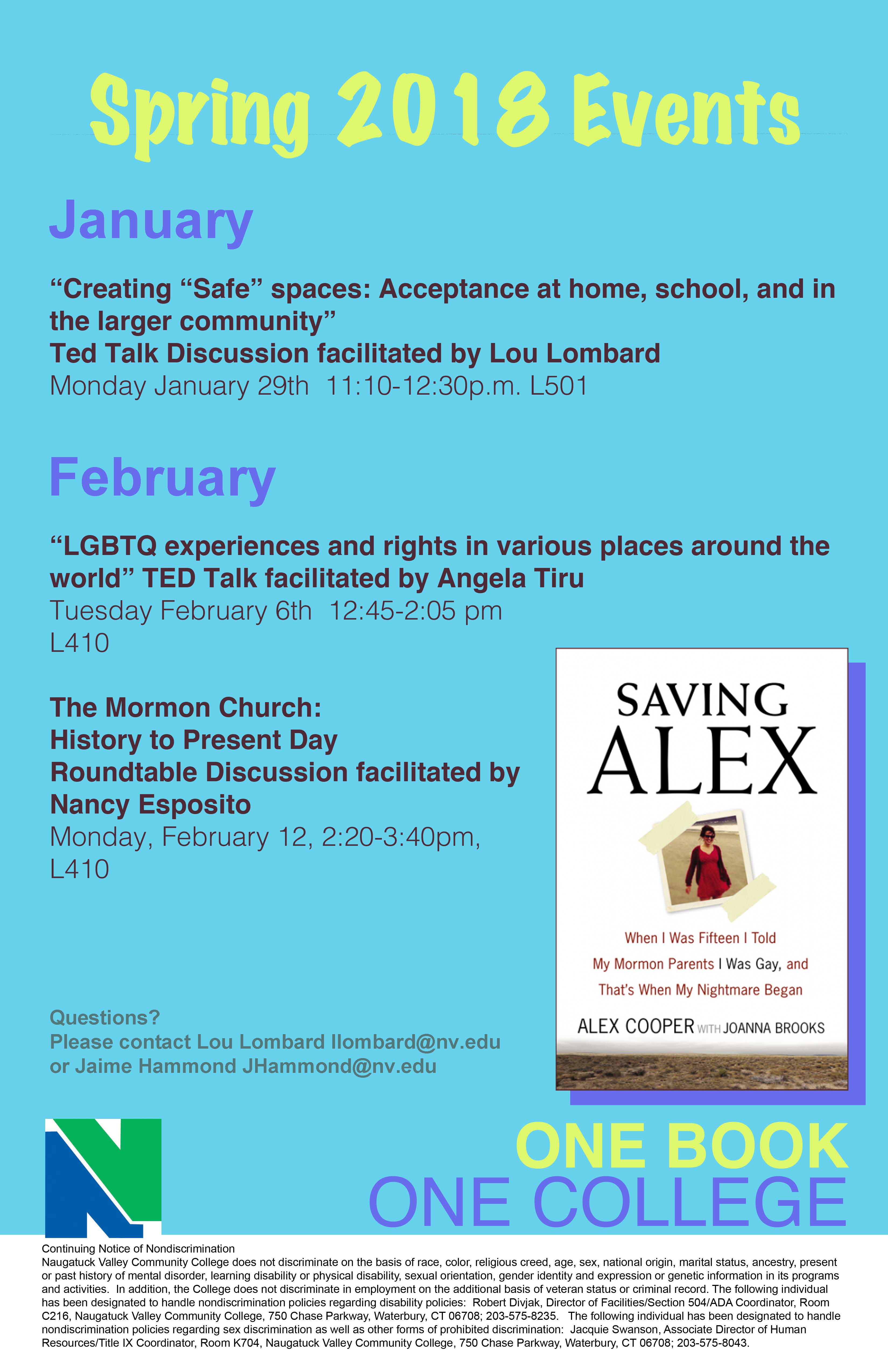 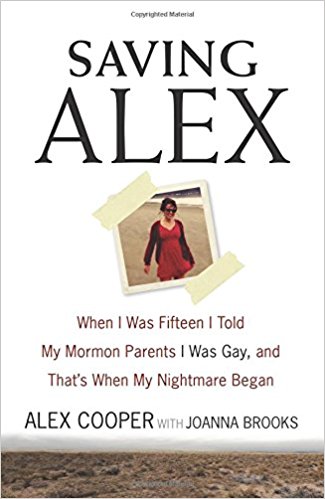 When Alex Cooper was fifteen years old, life was pretty ordinary in her sleepy suburban town and nice Mormon family. At church and at home, Alex was taught that God had a plan for everyone. But something was gnawing at her that made her feel different. These feelings exploded when she met Yvette, a girl who made Alex feel alive in a new way, and with whom Alex would quickly fall in love.

Alex knew she was holding a secret that could shatter her family, her church community, and her life. Yet when this secret couldn’t be hidden any longer, she told her parents that she was gay, and the nightmare began. She was driven from her home in Southern California to Utah, where, against her will, her parents handed her over to fellow Mormons who promised to save Alex from her homosexuality.

For eight harrowing months, Alex was held captive in an unlicensed “residential treatment program” modeled on the many “therapeutic” boot camps scattered across Utah. Alex was physically and verbally abused, and many days she was forced to stand facing a wall wearing a heavy backpack full of rocks. Her captors used faith to punish and terrorize her. With the help of a dedicated legal team in Salt Lake City, Alex eventually escaped and made legal history in Utah by winning the right to live under the law’s protection as an openly gay teenager.

Alex is not alone; the headlines continue to splash stories about gay conversion therapy and rehabilitation centers that promise to “save” teenagers from their sexuality. Saving Alex is a courageous memoir that tells Alex’s story in the hopes that it will bring awareness and justice to this important issue. A bold, inspiring story of one girl’s fight for freedom, acceptance, and truth.